After being tempted for quite some time by Max and Michael, I pulled the trigger and got myself a medium format film camera. Well, technically, it was my xmas gift from my father :) (Thanks Dad!).

After scouring ebay and Kijiji for a while, I finally stumbled upon a deal that felt like a good one. A used Mamiya RB67 which showed heavy signs of use but was functionning. 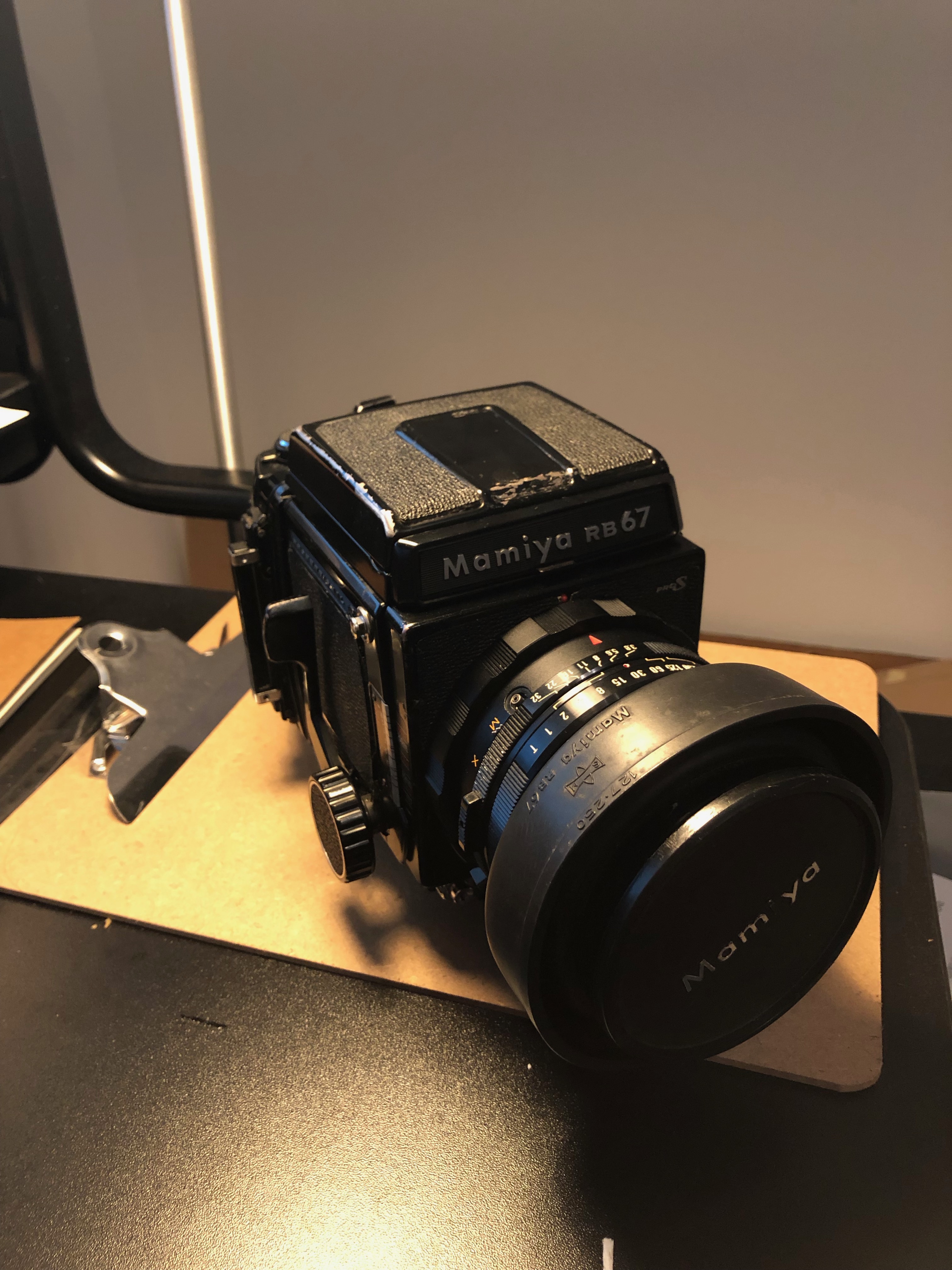 After receiving it however, it appeared that it was facing the same issue as most of RB67 are: decaying light seals. Indeed, this camera is from the late 70s and the materials used back then weren't conceived (or even thought) to last almost 40 years. The leather was also showing signs that it had known better days. 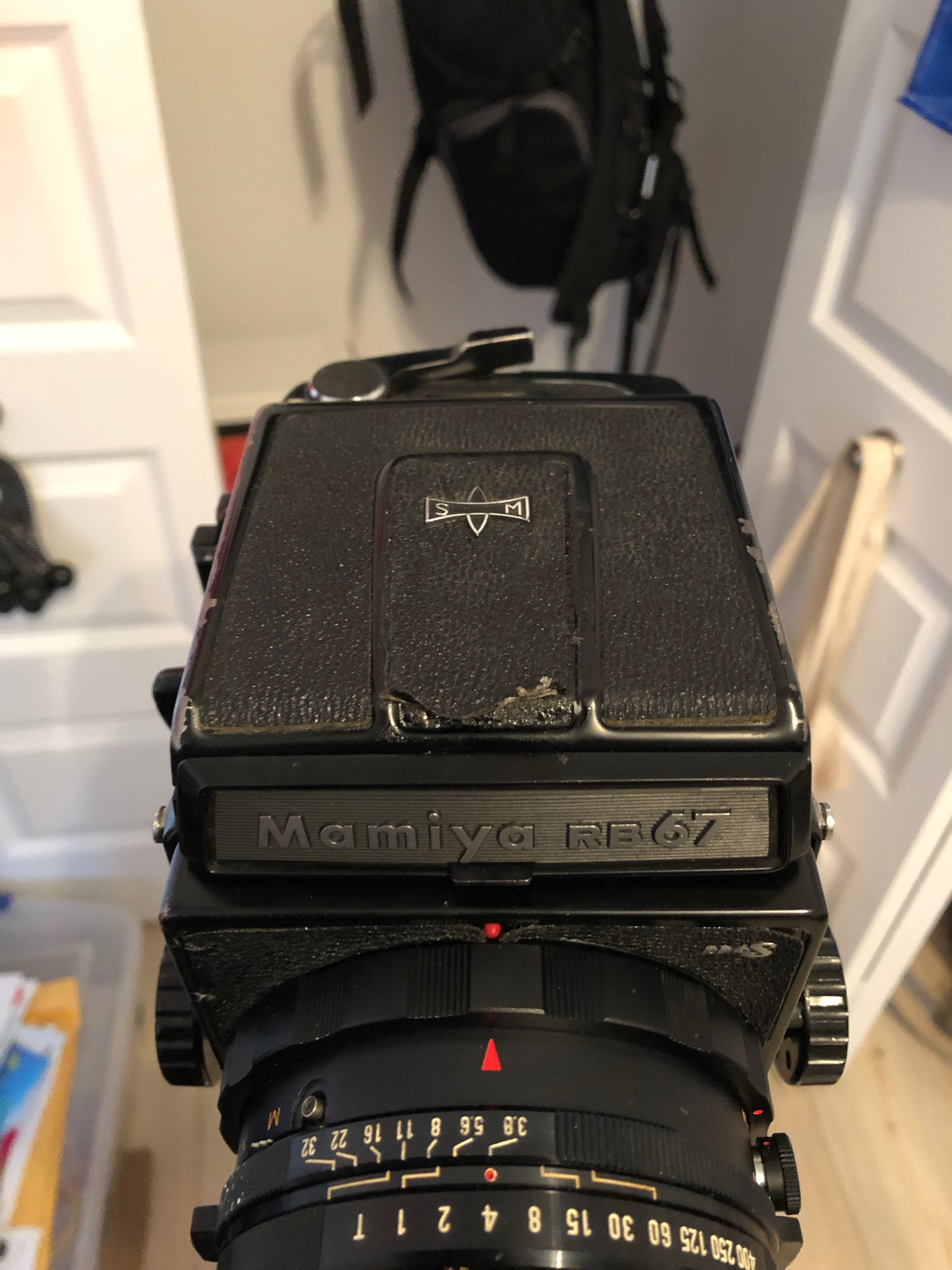 I saw an opportunity to make this endeavour twice the fun as I could restore this camera to give it a second youth.

I ordered some leather and light seals from Japan and after some unbelievably long delay with Canada Post, I was able to start my fun little project.

The first phase was to clean out the camera: removing the leather and the glue. It appeared someone tried to glue it back with something that was definitely the wrong adhesive for the job. I kept the pieces of leather as a guide to cut the new ones. 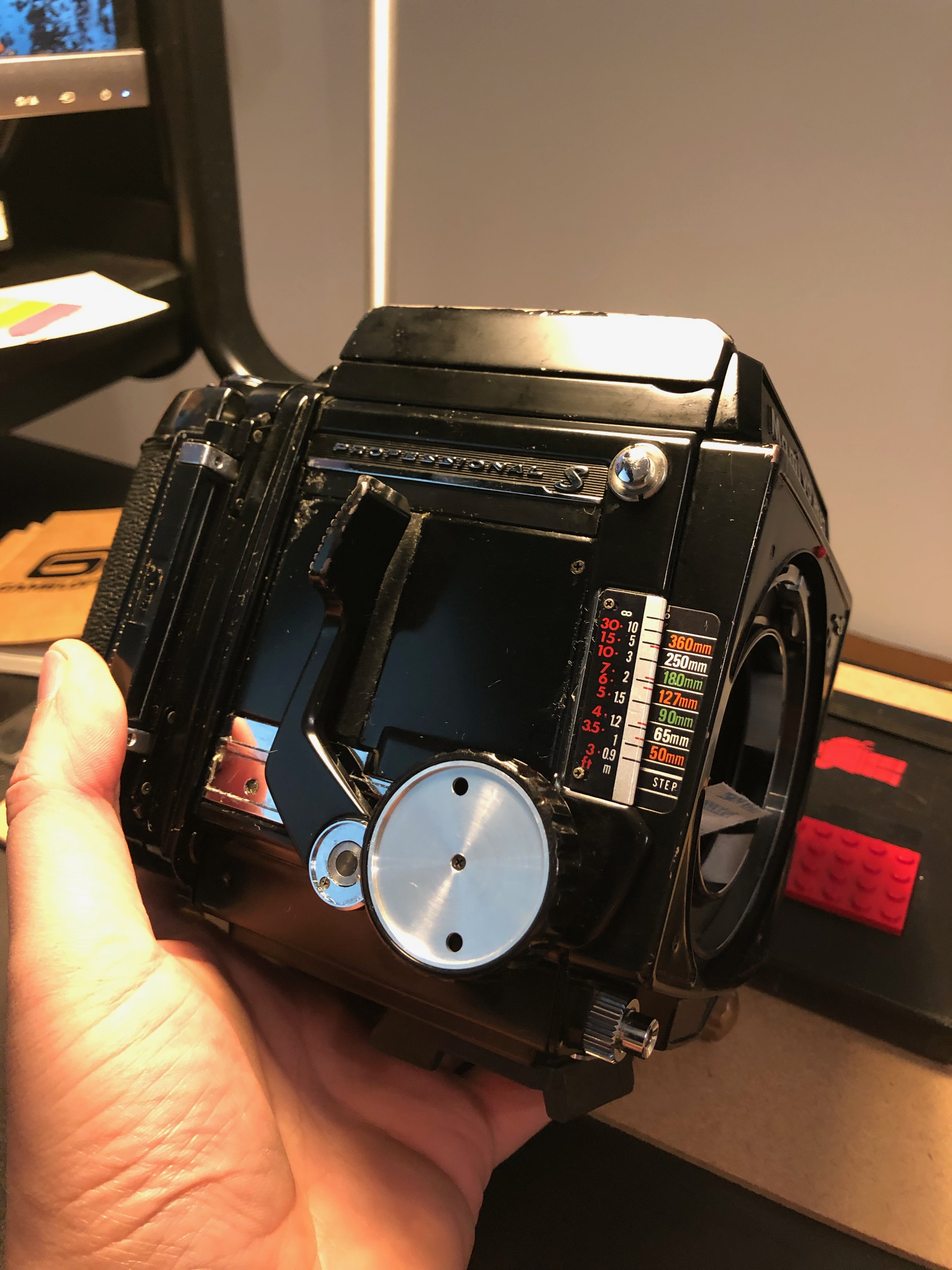 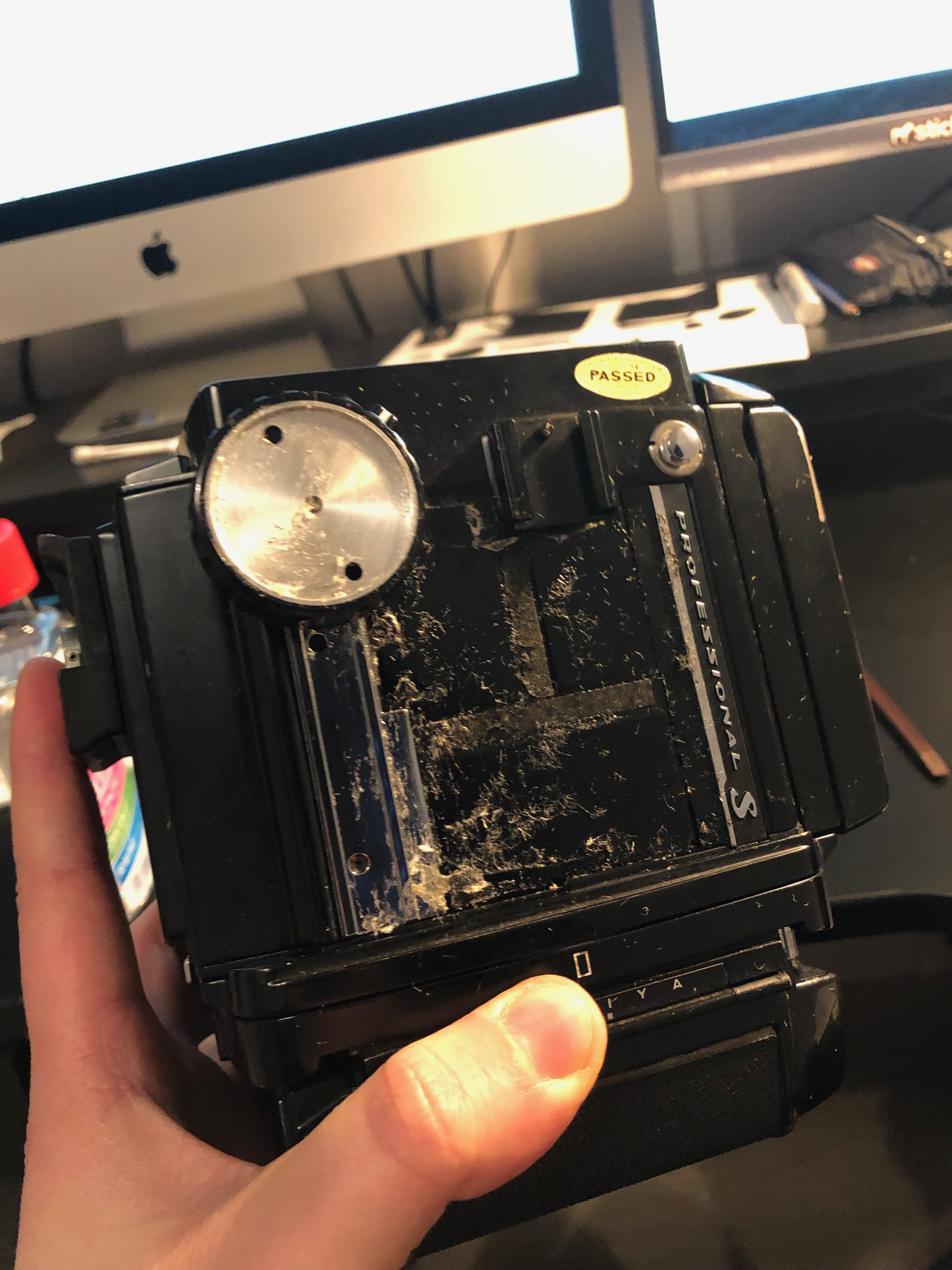 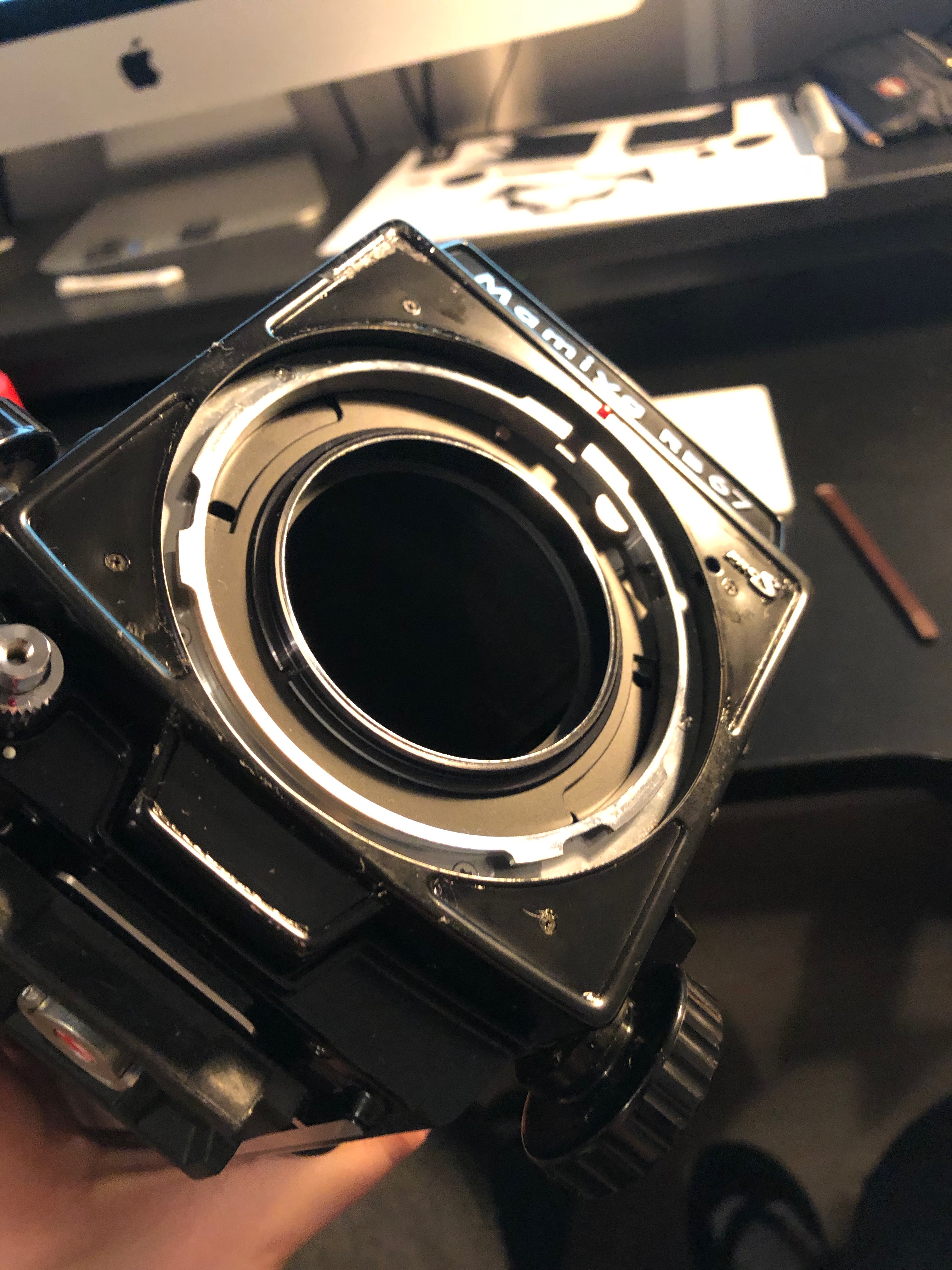 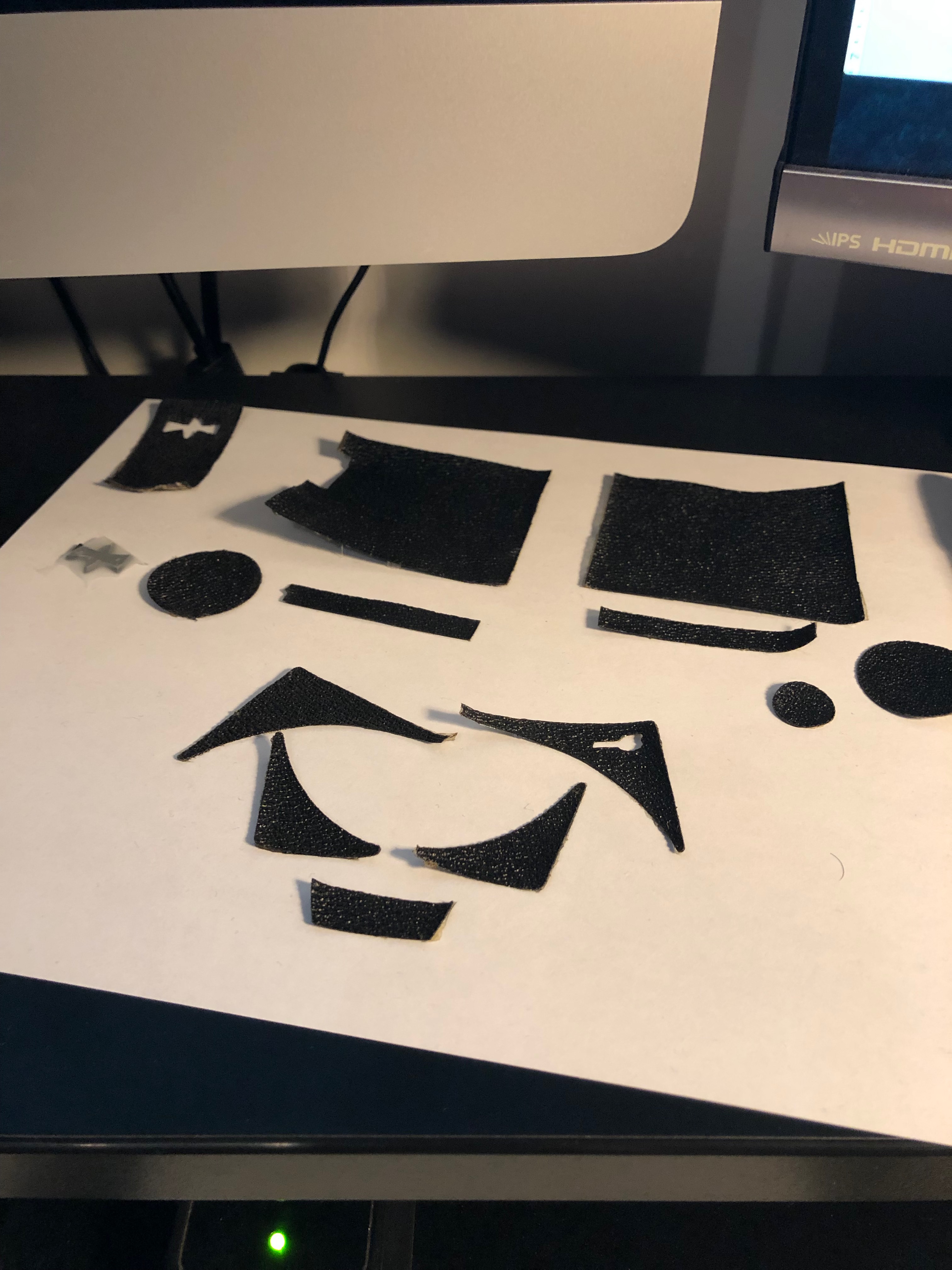 After that I removed all the old light seals. They were so old that they were decaying at the slightest touch. When I dropped some alcohol on them, they basically melted away. I had to scrap a lot to get everything out but I eventually got something clean. 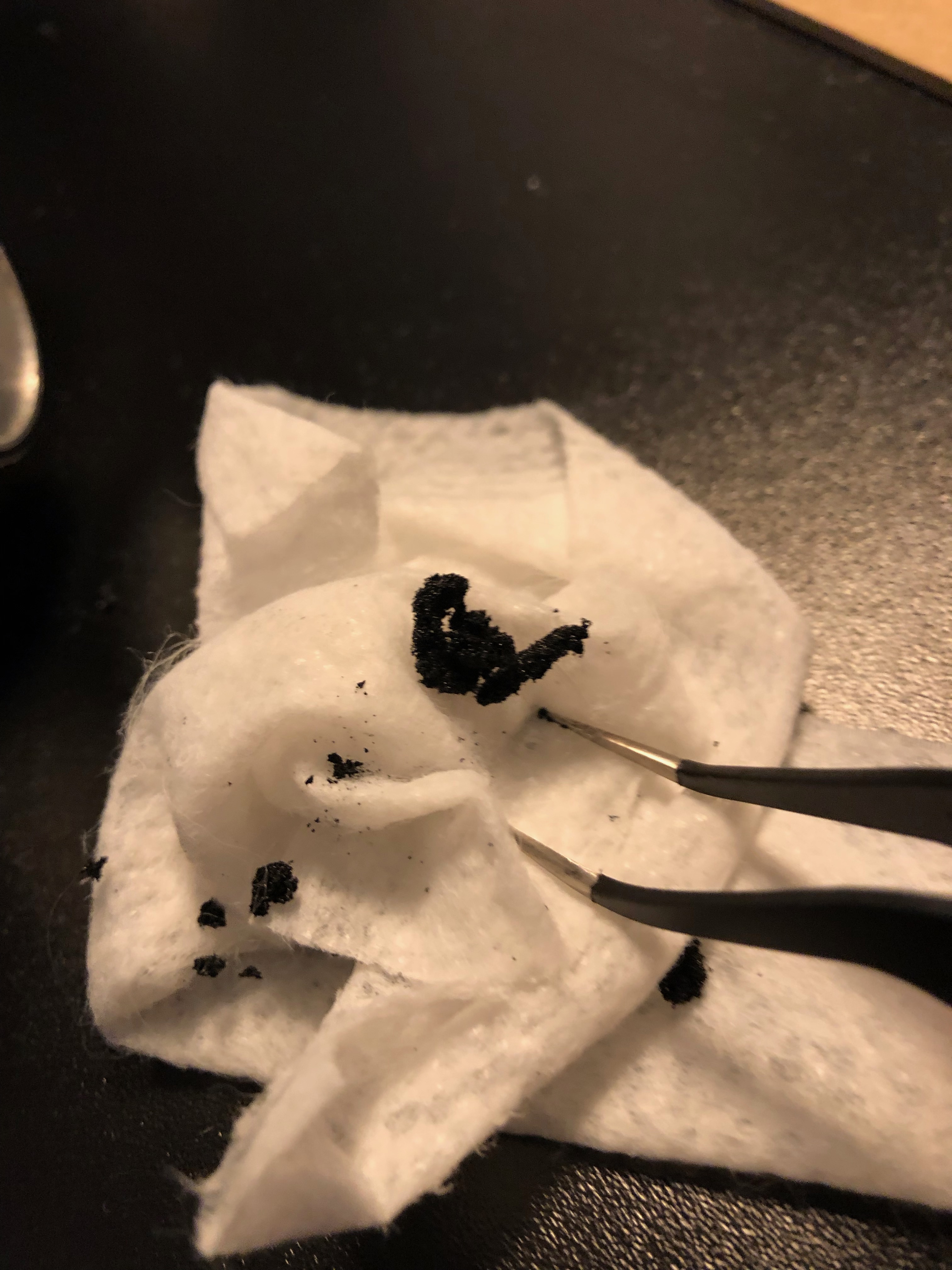 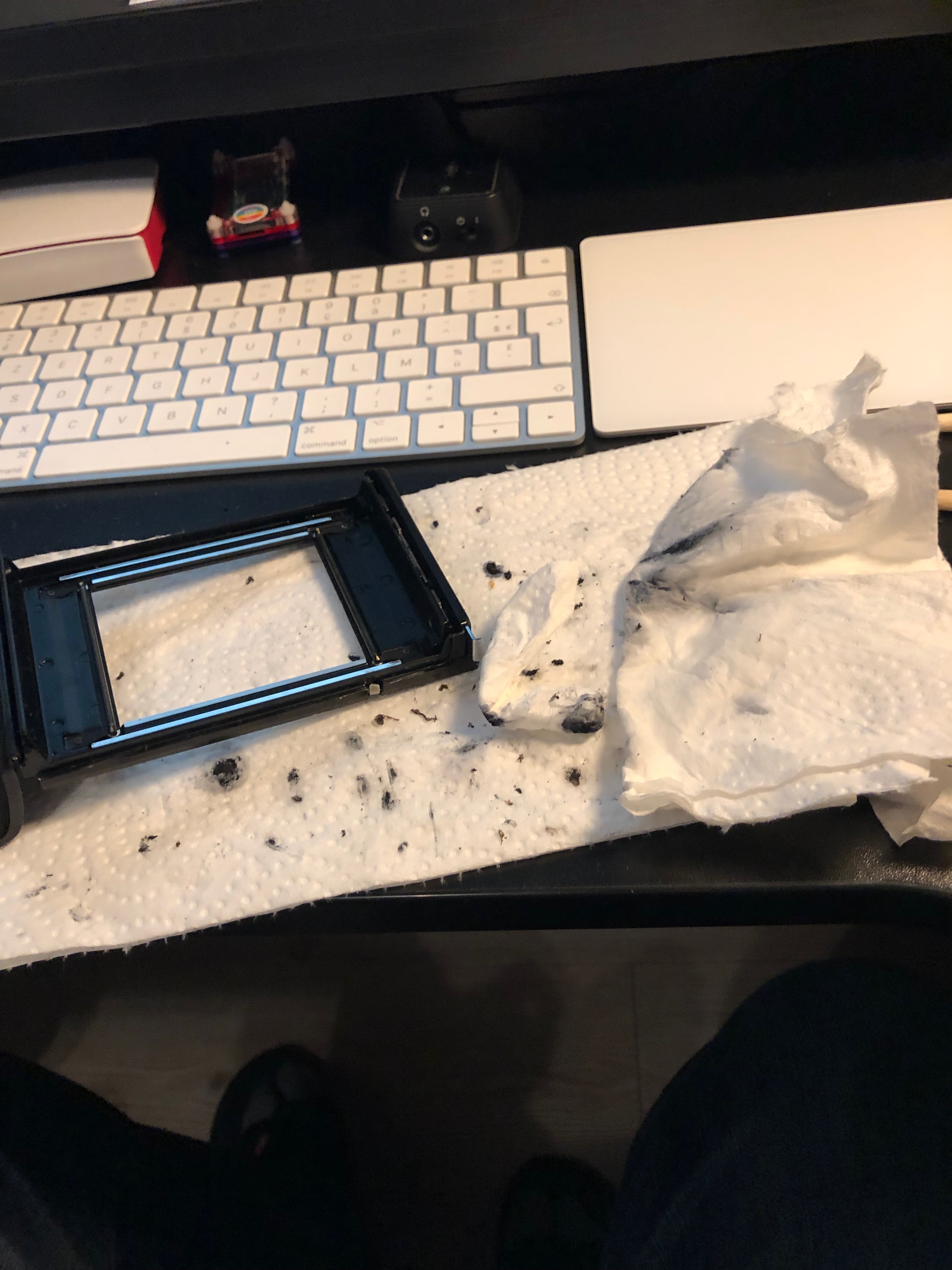 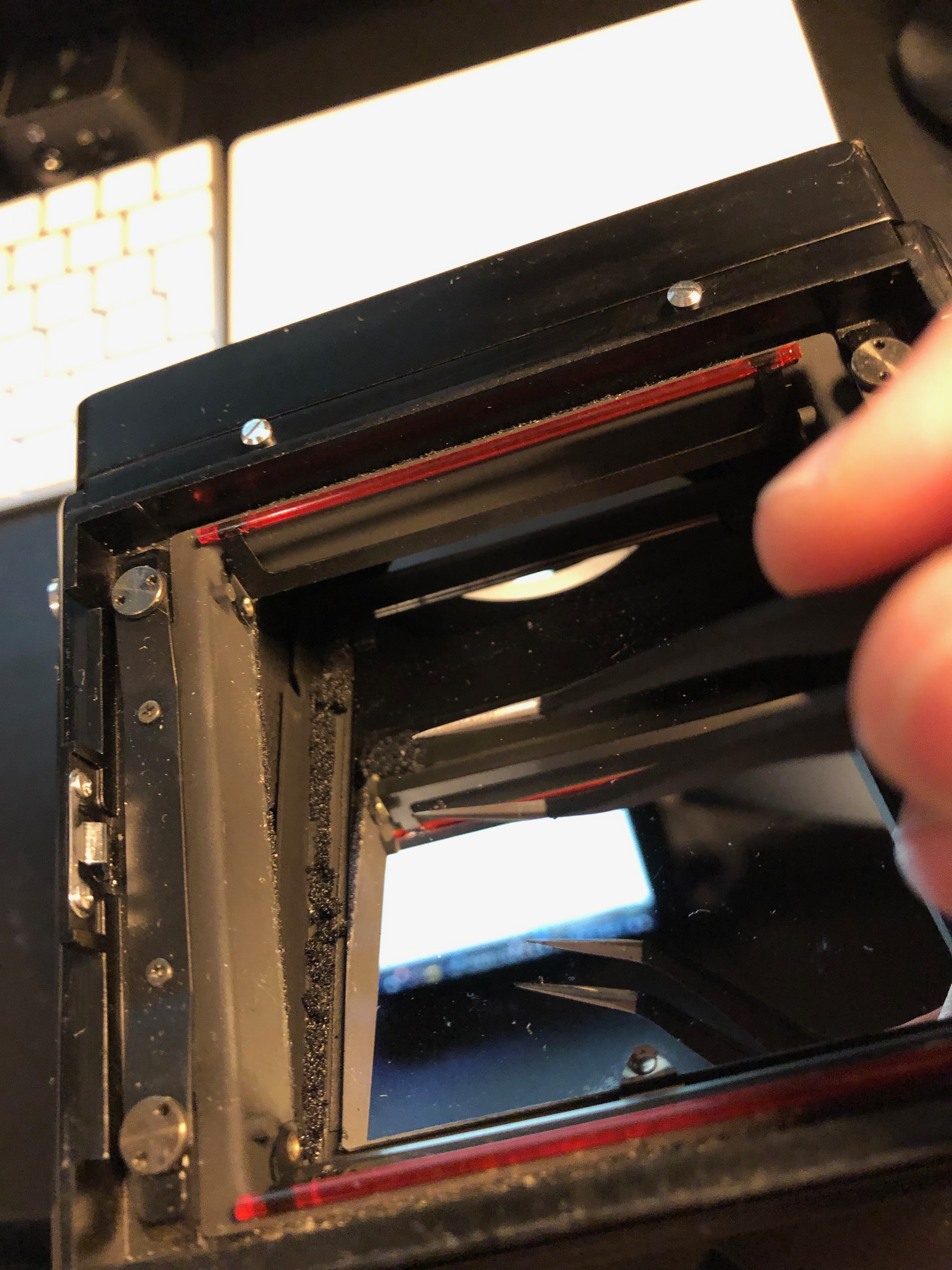 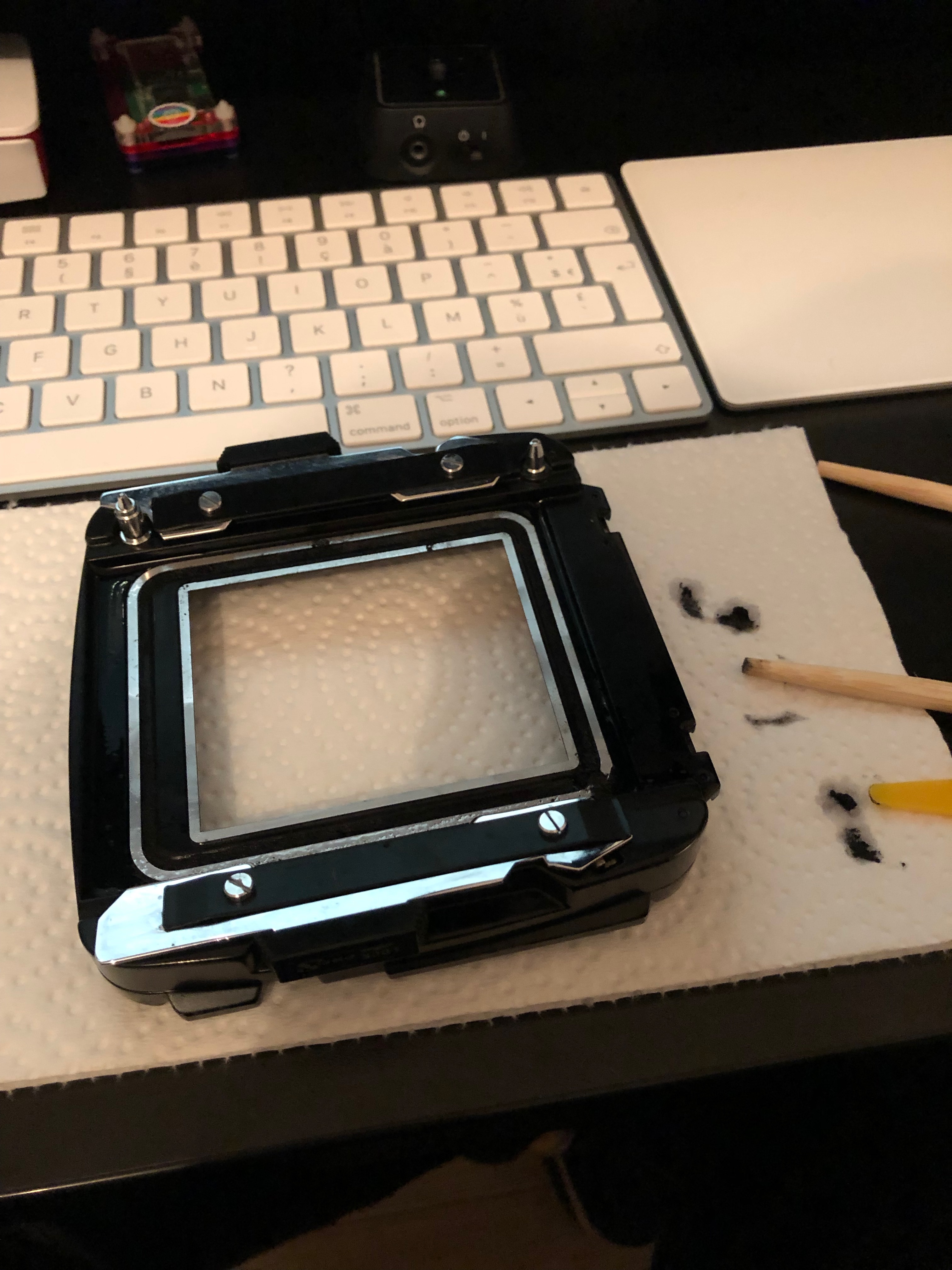 Obviously, I took on the opportunity to clean out the mechanisms and glasses. Once everything was done, I started to install the new foam to seal the body from light. It was a very precise job but I managed to do it in one sitting in one evening. 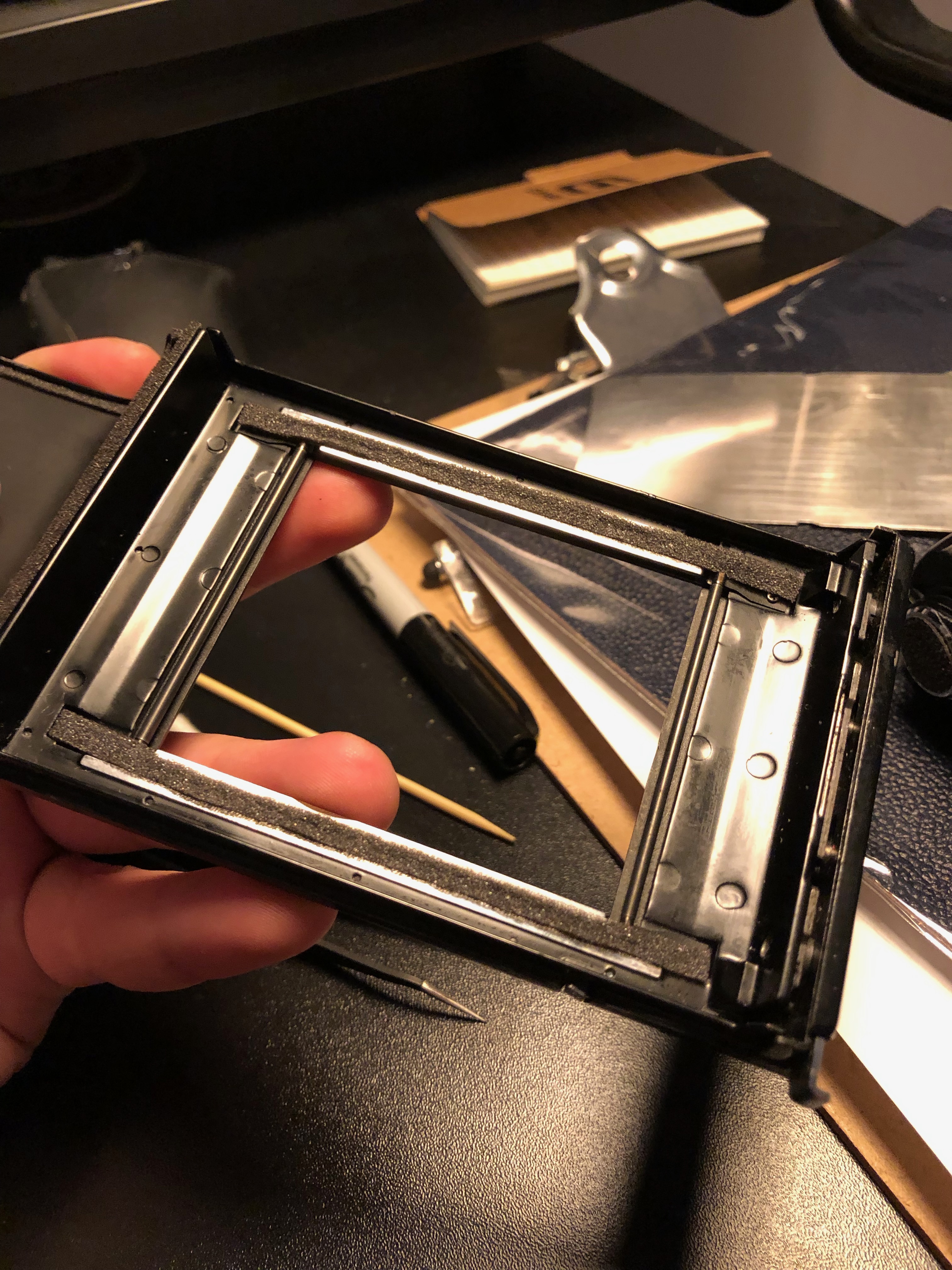 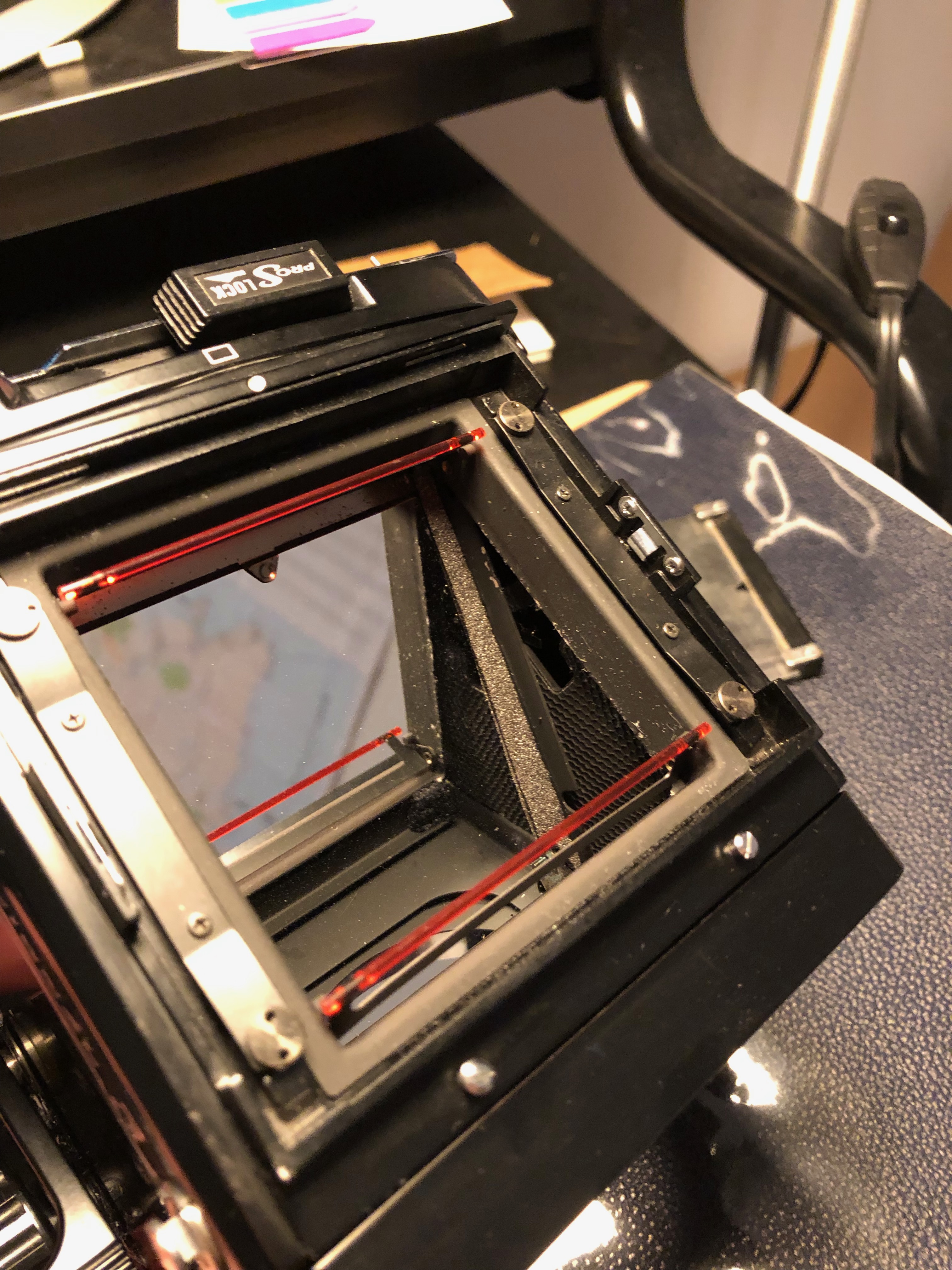 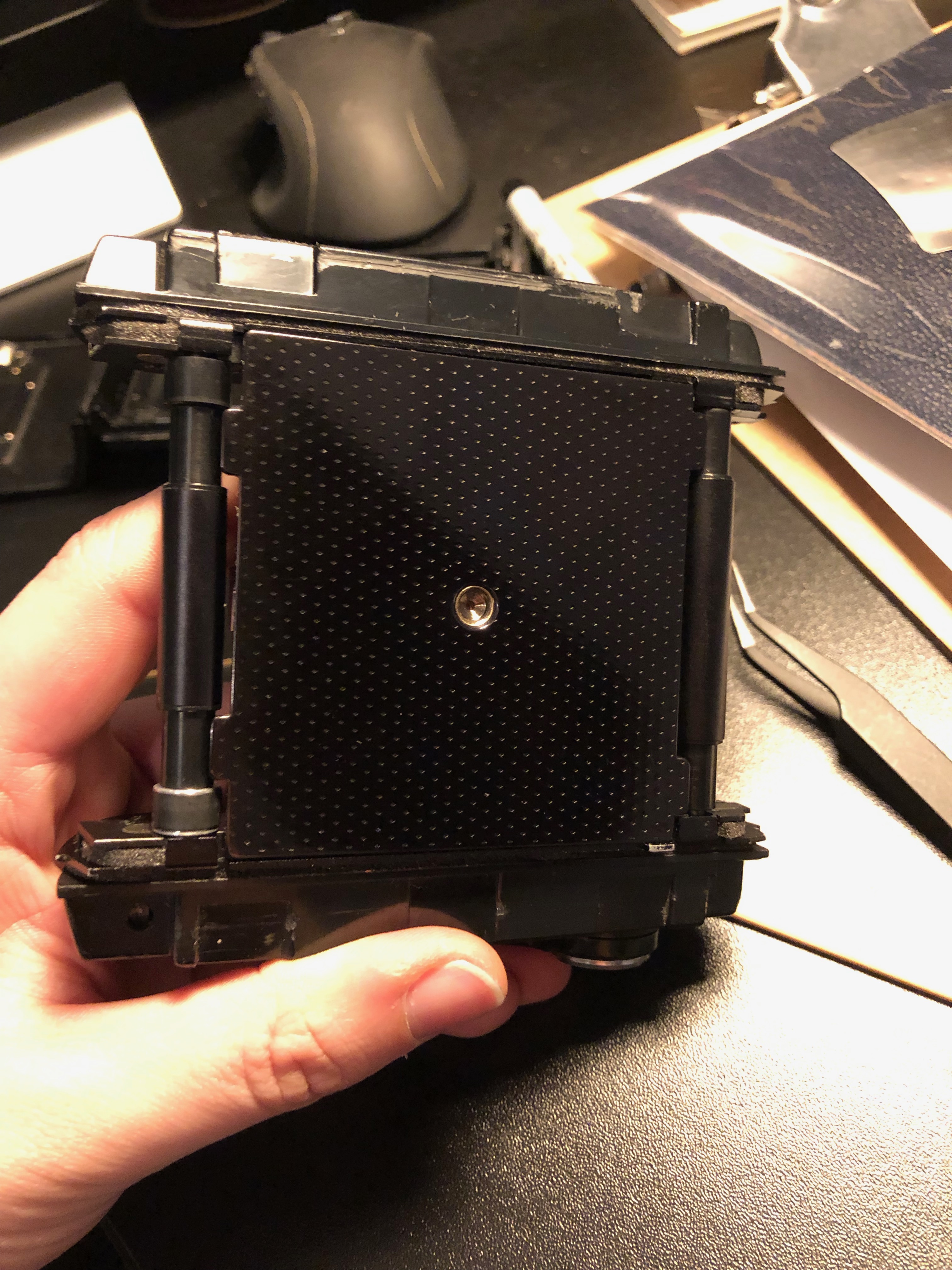 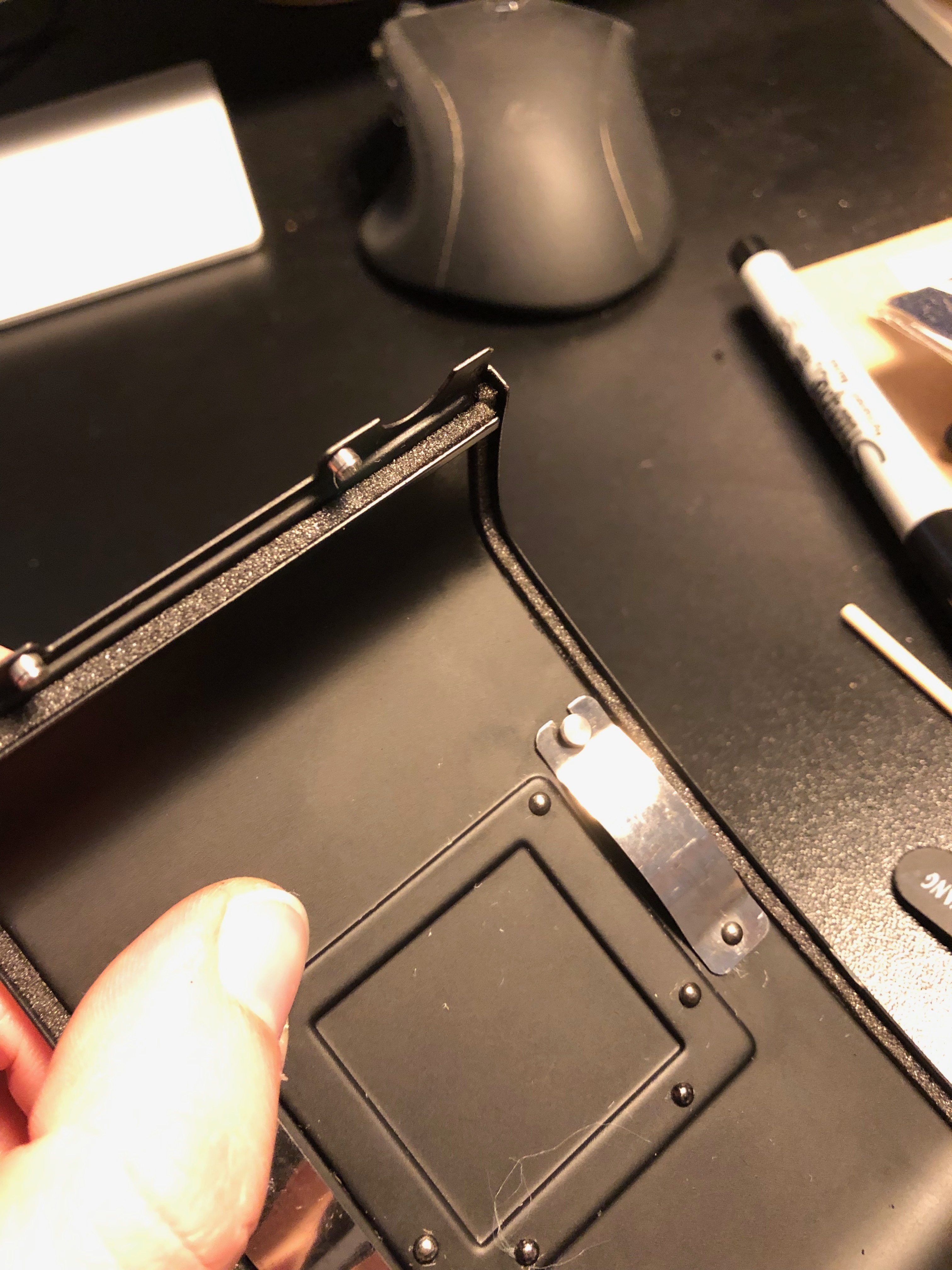 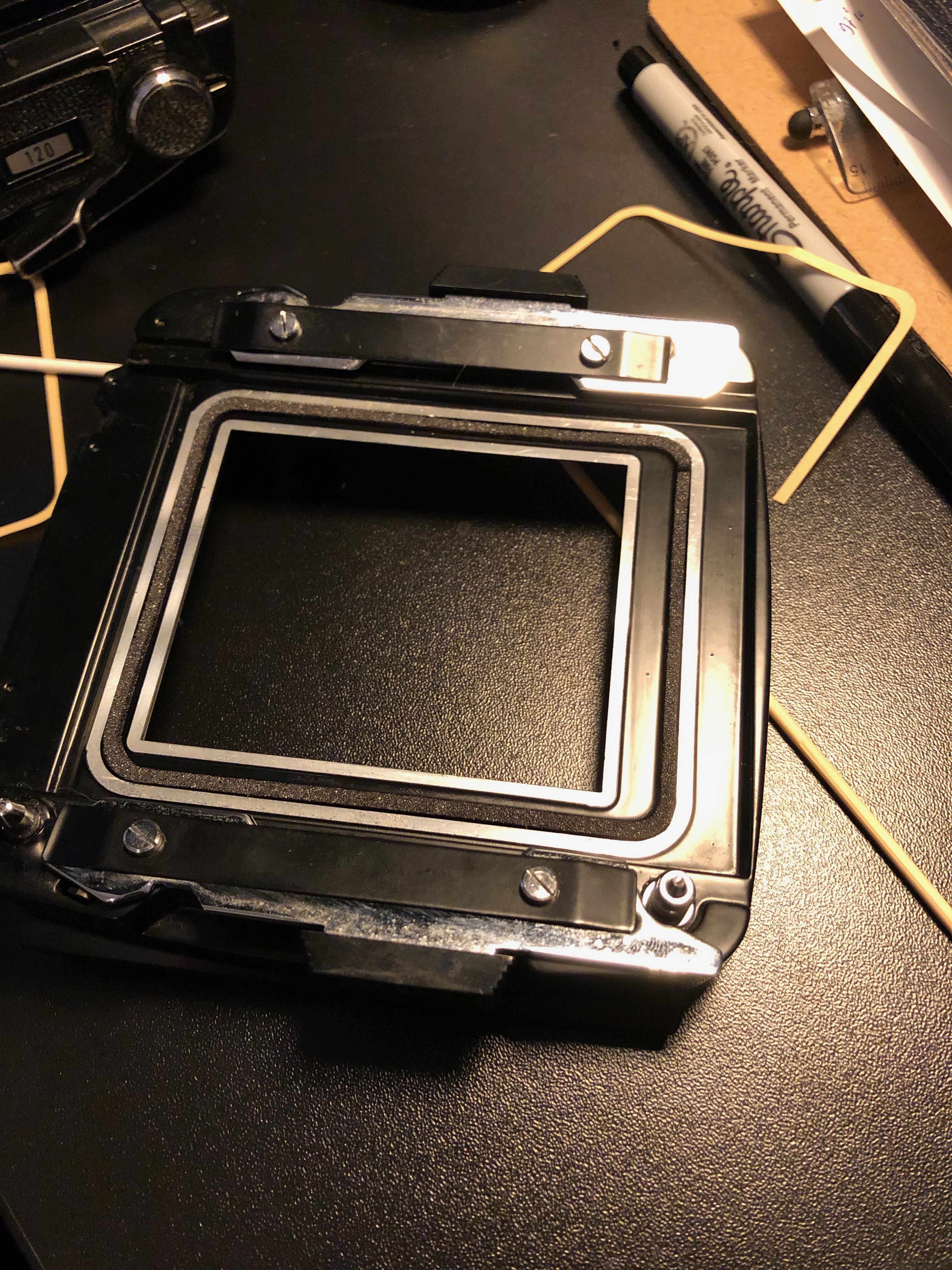 Once this was done, I cut and sticked the new leatherwork. I went for a dark navy blue instead of the usual black to give more personnality to my camera. Also put some gold enamel paint on some spots to further customize it. 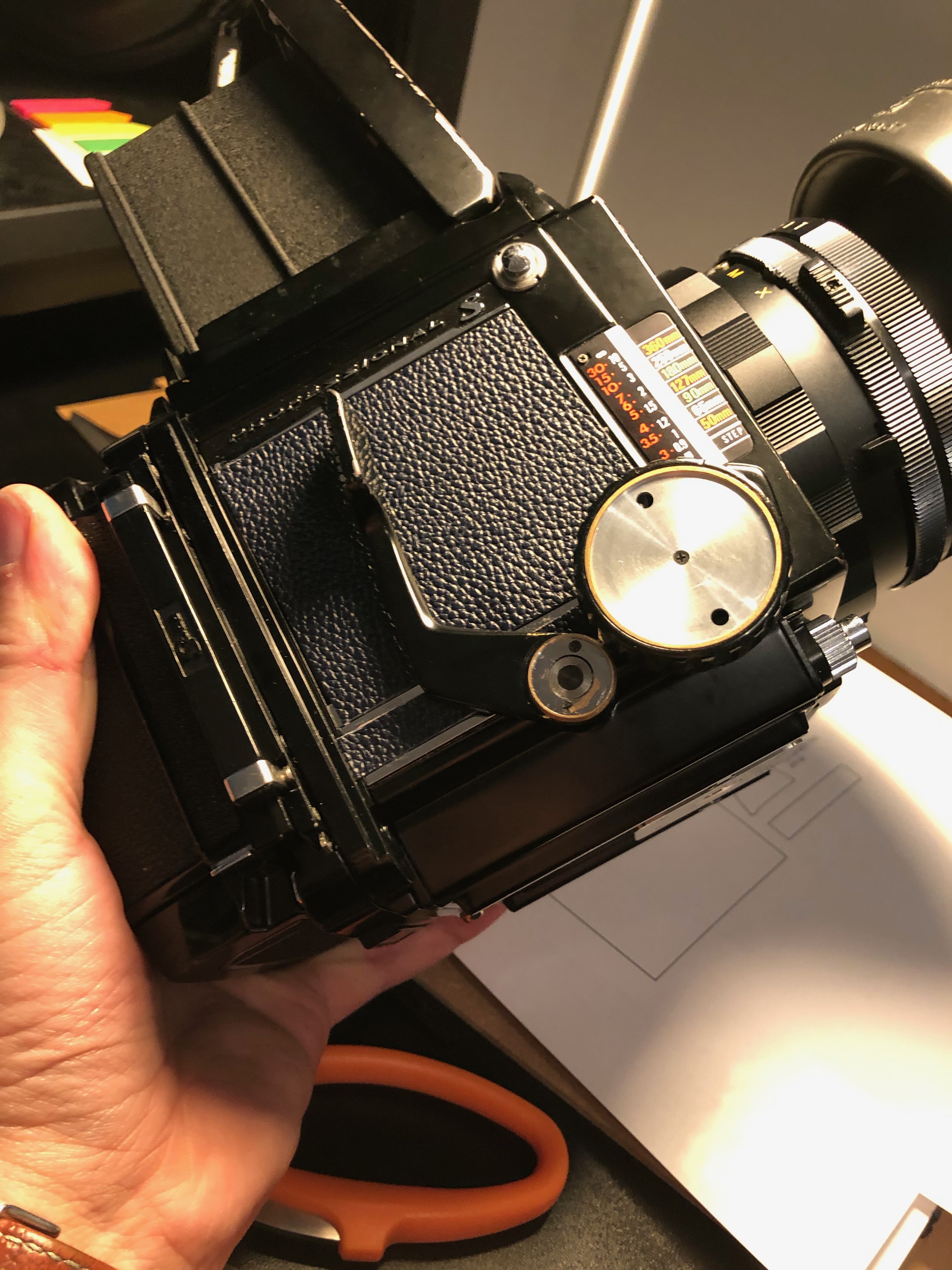 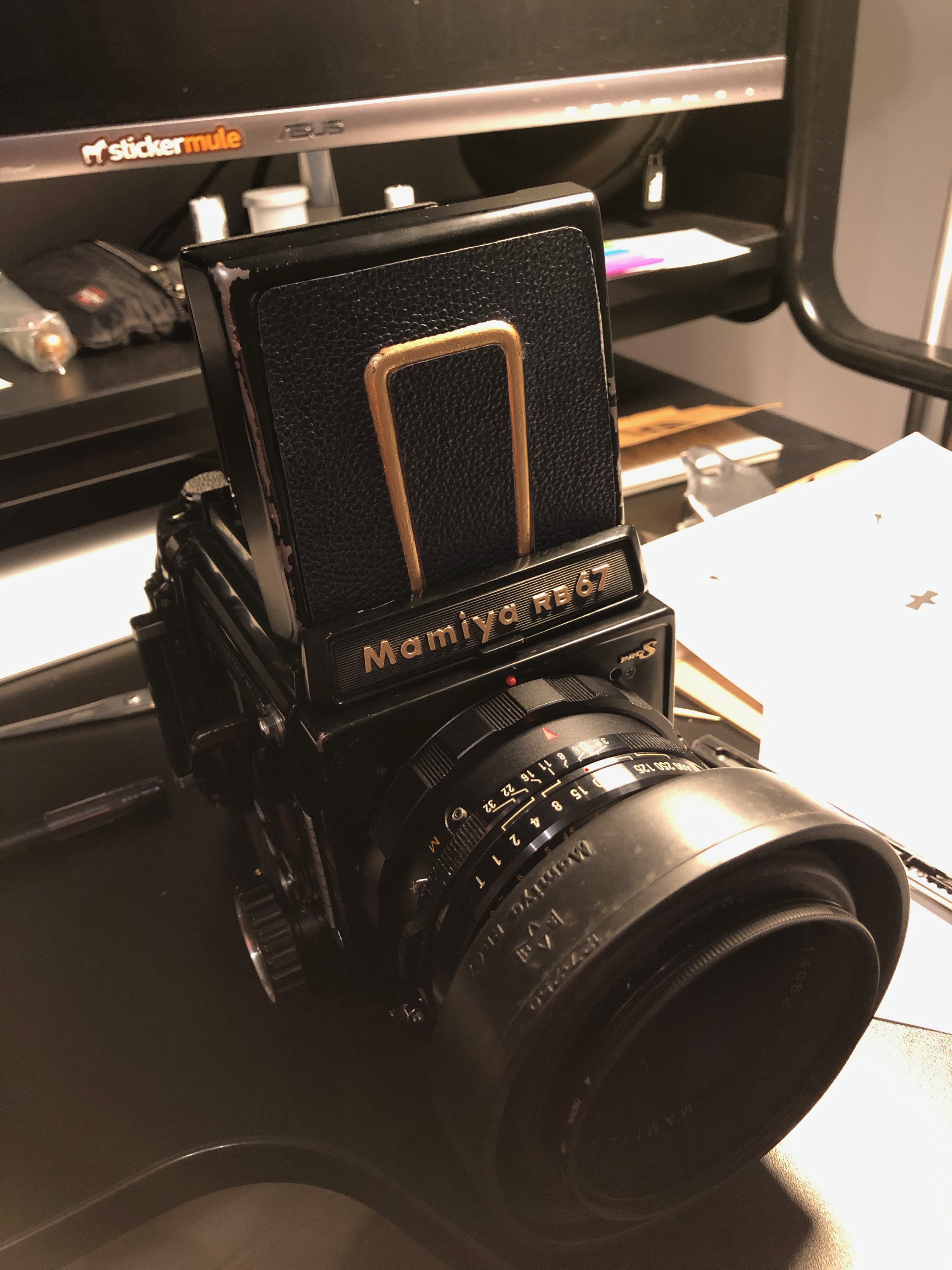 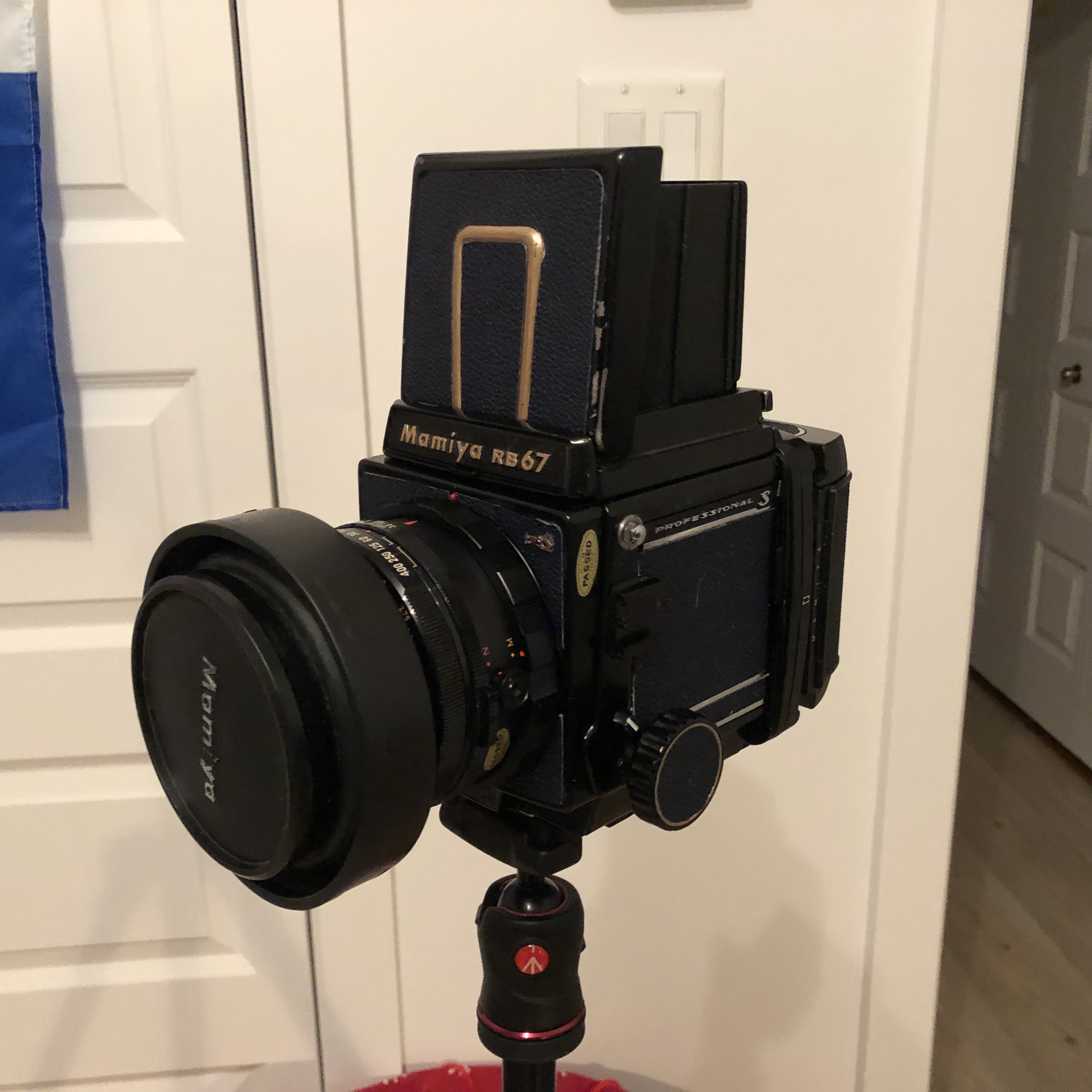